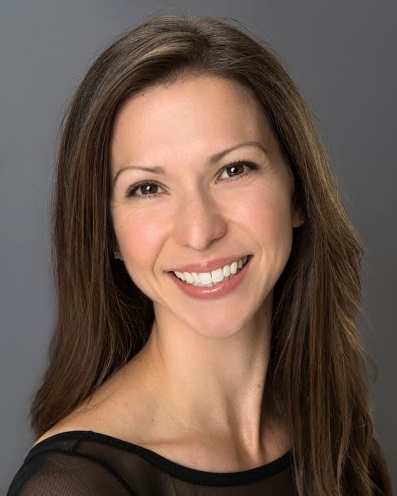 Bridget Adams began her dance training with Jackie O’Neal School of Dance in Birmingham, Alabama with a concentration in ballet, jazz, and acrobatics.  After 10 years of training and assistant teaching, she began teaching at Nix Dance Studio in Auburn, Alabama.  It was here that she realized her passion for teaching dance, especially the beautiful, classical art of ballet.  After completing her degree in Fine Arts from Auburn University in 2004, she moved with her husband Steve to Columbus, Georgia and began teaching and furthering her classical ballet knowledge at CSU Youth Dance Conservatory.  Bridget has enjoyed performing many classical roles with The Columbus Ballet, YDC’s partner for classical performances.  She has also been privileged to co-direct and direct many classical, modern, and original works with YDC and The Columbus Ballet over the past 14 years.  Bridget is currently the Artistic Director of YDC as well as a seasonal artistic director for The Columbus Ballet.  Above all this, the ability to share her passion for dance with young students of the Youth Dance Conservatory gives Bridget a joy beyond words. 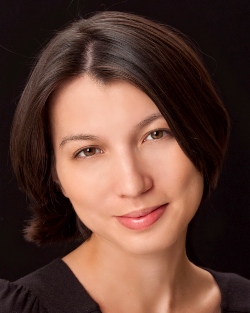 Laura Johnson received the majority of her early training at The Dance Factory under the instruction of Mrs. Susan Fisher. She continued her training at the University of Alabama in Tuscaloosa and received her B.A. in Dance and International Relations in 2001. Upon graduation, Laura attended the American Dance Festival in Durham, NC on a Young Artist Scholarship to continue her studies in modern dance. She continued her training while earning her M.A. in Performing Arts Management at American University in Washington, D.C. Since moving to Phenix City, Laura has served as a choreographer, administrator, and associate director for The Columbus Ballet on several of their performances of The Nutcracker as well as choreographed and directed for the Ballet may of their Spring recitals. Laura has been teaching dance for 20 years and teaching at the CSU Dance Conservatory since 2009. Laura is excited to be attending the Central Pennsylvania Youth Ballet (CPYB) teacher training intensive this August to further her education in teaching the art of classical ballet. 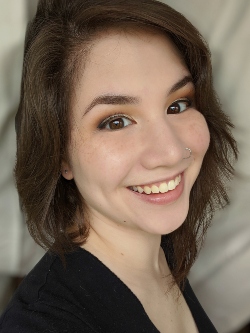 Kylie Casino is originally from Akron, Ohio, where she trained pre-professionally with Northeast Ohio Dance and the Dance Institute of The University of Akron. She continued her training with The University of Akron’s dance department, where she was given the opportunity to perform choreography by Paul Taylor, David Parsons and Amy Miller. After graduating with her BA in Dance and dancing professionally for one year, Kylie realized she wished to continue her education as a teacher and choreographer. She went on to graduate with her MFA in Interdisciplinary Arts with a focus in Dance from Goddard College in 2016. Since moving to Columbus in 2014, she's had the pleasure of choreographing for multiple productions for The Columbus Ballet, including The Nutcracker and Coppélia, staging her own versions of Paquita and The Firebird on students from Rising Starz in Auburn, AL and choreographing for East Alabama Community Ballet. In 2019, Kylie received a LocaL Choice Award nomination for "Favorite Choreographer." Kylie finds complete fulfillment through teaching and looks forward to sharing her love of dance with others. 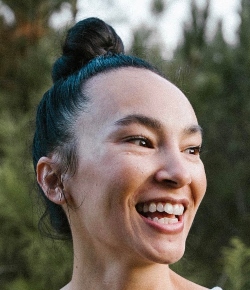 Toni’s love of ballet began at the School of Oregon Ballet Theatre, training and performing in both school and company roles. After graduating high school, she then went on to receive her Bachelors of Fine Arts in Dance from the University of Arizona where her love of modern and contemporary dance grew. After college, she continued her training with the San Francisco Conservatory of Dance in both ballet and contemporary movement. While in San Francisco, Toni danced professionally for The Mark Foehringer Dance Project and Robert Moses’ Kin. In 2010 Toni accepted a position with the Chicago company: DanceWorks Chicago, where she ultimately completed her dance career, but not before dancing in Chicago, New York, and spending a year dancing in Berlin, Germany. Always a mover at heart, she then went on to complete 5 half-marathons, a Century ride, a half-IronMan, and she successfully swam Alcatraz! Toni is now a registered yoga instructor (RYT 200) and teaching at River Flow Yoga and Wellness here in Columbus. Fun fact: Toni is actually short for Antoinette. 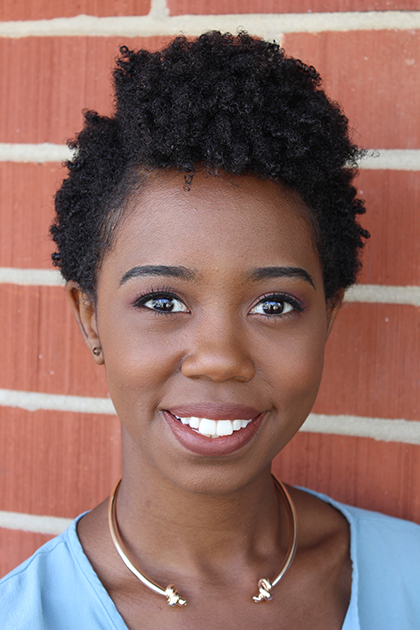 Jena Davis has been said to possess “a kinetic intelligence well beyond her years”. She began her early training at Davidson Fine Arts Magnet School in Augusta, Georgia, under the tutelage of Bessie Award Winner, Sharon Skepple. Jena moved to Columbus in 2016 to further her career. Now, a senior at Columbus State University, Davis continues her studies in Modern, Ballet, Tap, Jazz, and Ballroom dance under former Radio City Rockette, Karyn Tomczak. She joins the Youth Conservatory eager to spread her knowledge with young girls and boys like herself. 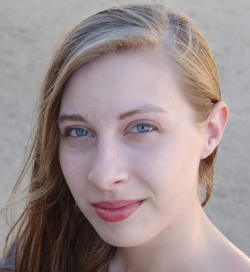 Katy grew up in dance, doing different styles like ballet, pointe, jazz, tap, ballroom, and lyrical. She graduated with a Fine Arts Degree from California’s Victor Valley College (2016). Katy is also into theatre, and has done it all from performing, stage managing, and doing tech work. Some of her favorite work include, Ariel from The Little Mermaid, Lilac Fairy from Sleeping Beauty, and choreographing Beauty and the Beast Jr. Outside of dance, she enjoys yoga, archery, and playing ukulele.

Shannon Bravo began taking ballet classes in New Jersey at age six and immediately fell in love with
dance. She trained at European Dance Academy, formerly Ballerina, for eleven years in various styles.
Shannon attended high school at Morris County School of Technology as a dance major and theater minor.
Throughout high school she began teaching at local studios and worked with various choreographers and
guest artists. Once completing high school she continued education at County College of Morris and Nova
Southeastern University as a dance major with business minors where she graduated in May 2013. After
graduation she began teaching in Miami Schools as a dance educator. She first covered a fellow dancer
while she was on maternity leave at Mater Academy then ran a dance elective program at Youth Co Op
Charter School for five years. The program in that time blossomed and became a big part of the school's STEAM initiative. She moved to Georgia with her husband and young daughter in October of 2018 and is
excited to begin teaching at CSU Youth Dance Conservatory for the upcoming year! 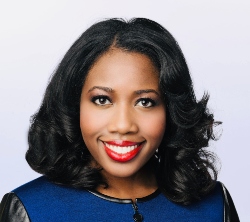 Randi Mallori Adkins-Warren, Esq. began dance at 3 years old. She was the first and only African American to dance the leading role of Clara in the Middle Georgia Ballet’s Nutcracker. She studied dance at University of South Carolina, North Carolina School of Arts, and Steps on Broadway. Randi graduated from Spelman College in 2007 with a Bachelor of Arts in Political Science and a Spanish Minor. While at Spelman, Randi continued to dance in Spelman’s Dance Theater. In 2012, she obtained her Juris Doctor from Mercer’s Walter F. George School of Law. Randi is currently Associate Counsel at Aflac, where she works on the Corporate Transactions Team. Randi drafts and negotiates domestic and international agreements. Randi is actively involved in drafting and revising policy language for Aflac’s Accident, Life, Specified Health, Cancer, and Hospital Indemnity products sold worldwide.  She also handles a robust claims litigation docket. Randi continues to be a servant leader through participating in impactful organizations that focus on empowering young ladies through mentorship and dance. Randi is a member of New Birth Outreach Church in Columbus, Georgia where she is the dance instructor for the Youth Dance Ministry. 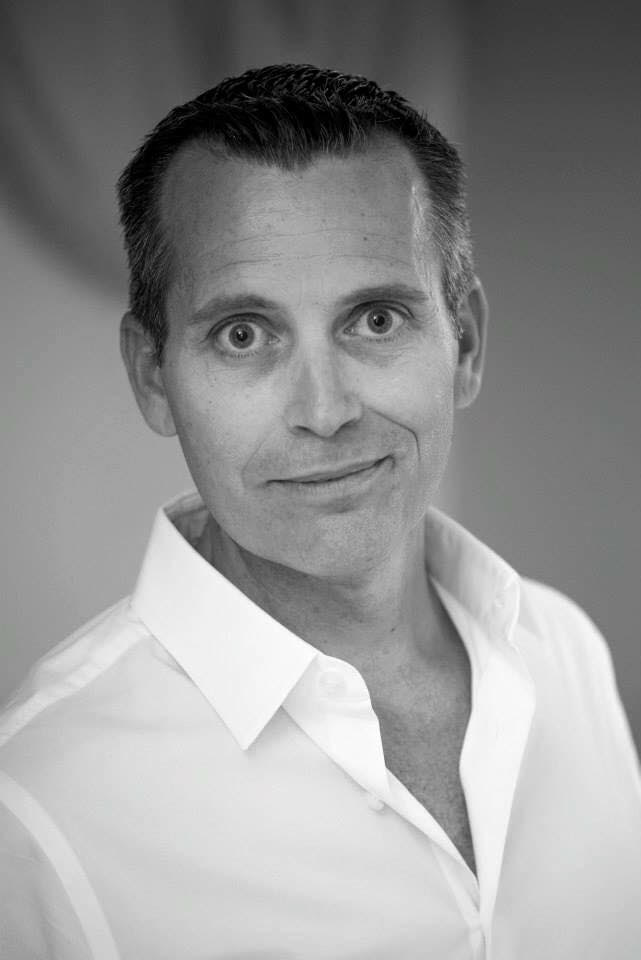 Noel Dupuis trained with the School of American Ballet, Houston Ballet Academy, Miami Conservatory and the Martha Mahr School of Ballet. During the early years of his career, he danced with the Atlanta Ballet, Southern Ballet Theatre, Memphis Concert Ballet and the Nashville Ballet prior to joining Ballet West as a Senior Artist. While at Ballet West, he was under the direction of Jon Hart and Jonas Kage and performed in a variety of ballets including Cinderella, Swan Lake, Peter Pan, and The Nutcracker. He also performed in a number of ballets choreographed by Ashton, Forsythe, Hans van Manen, Val Canniparoli and George Balanchine including Mid-Summers Night Dream as Lysander, Who Care’s, Four Temperaments and Allegro Brilliant. In 2003, Noel moved to the Louisville Ballet as a Soloist under the direction of Bruce Simpson. While there, he danced the role of Vronsky in Anna Karenina and as Arabian, Spanish and Waltz of the Flowers Cavalier in The Nutcracker. After two seasons, Noel moved to the Charleston Ballet Theatre as a Principal Dancer and Company Teacher. He performed as the Cavalier in The Nutcracker, Captain Hook in Peter Pan and Tom Buchanan in The Great Gatsby. Noël has had the privilege of performing at the 2002 Winter Olympics, Cultural Olympiad and the Sixth Annual China Arts Festival. Since 2006 Noel has been working as a freelance dancer, teacher and choreographer. Most recently finished filming a principle-dancing role in an motion picture.

Powered By Lumens
back to top